Over the past years, so much has been written about autism spectrum disorder (ASD) that at times one is unable to distinguish between truth and fiction.

Because autism is characterised in different ways, many believe in a lot of myths and misconceptions. Let’s debunk some common myths related to autism. 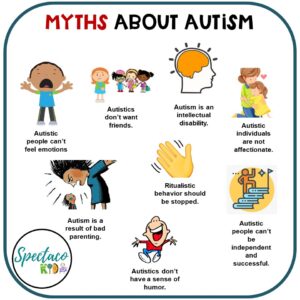 Truth: People often believe that autistics are unable to feel emotions; however, this is not the case. Autistic people do feel emotions, but struggle to communicate them, and have a different way of expressing. Autism can impact a person’s ability to communicate, because of which it may seem like they don’t feel anything. Autistic people have difficulty understanding body language and expressions, so it is difficult for them to interpret the emotions of others.

Truth: Autism affects social interactions, but this does not mean that autistics don’t want to socialise and have friends. Because they struggle to communicate their feelings and interests, they seem hesitant and uninviting on the outside. The thought of socialising makes them anxious, but the desire to make friends and play together is there. 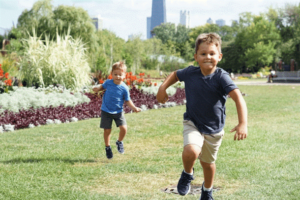 Myth: Autism is an intellectual disability

Myth: Autistic individuals are not affectionate

Truth: Autistics are capable of love, affection, empathy, often very deeply. Social interaction is difficult for them, but they can demonstrate love and affection for people around them. The expression of feelings can be harder to recognise, but they are capable of affection.

Myth: Autism is a result of bad parenting

Truth: Back in the 50s, a theory called ‘Refrigerator Mother Hypothesis’ stated that those cold mothers who neglect their children traumatise them and cause autism. Obviously, it is not true. Though the exact cause of autism is unknown, it is for sure that parenting style has nothing to do with it.

Myth: Ritualistic behaviour should be stopped

Truth: It is believed that ritualistic and repetitive behaviour should be stopped; however, it is often calming for autistics and can help them communicate. It is said that autistics eventually outgrow the behaviour as they grow up.

Myth: Autistics don’t have a sense of humour 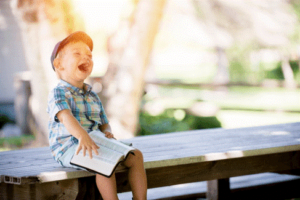 People need to have the correct knowledge regarding autism so those suffering from it can be treated accordingly. The lack of understanding can often keep autistics from getting the support they need.