Aggression in children and what it could mean

Home/Behavior Management, Recent/Aggression in children and what it could mean
Previous Next

Aggression in children and what it could mean

Aggression refers to a behavior that can cause harm or pain.

Aggression in children is most likely seen as disobedience, fighting, breaking stuff, etc. 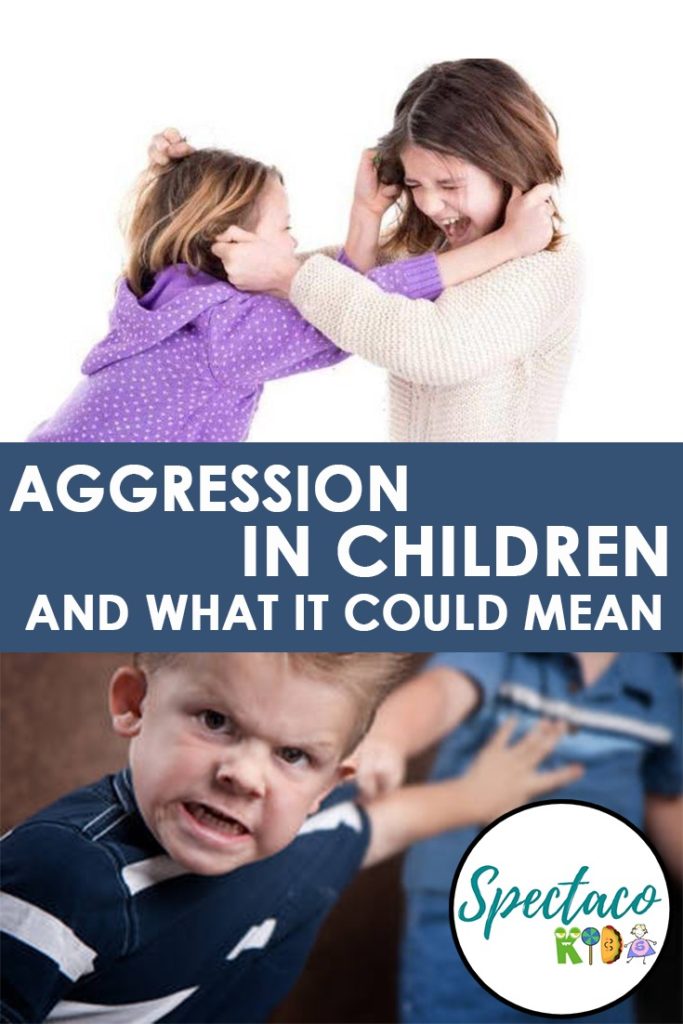 There can be multiple reasons for your child to display aggression. Below is a list of a few possible reasons:

Sensory overload takes place when overstimulation happens in more than one sense. This happens mostly in the toddler years of a child. When the child is unable to understand and bear it which causes him to let it out in the form of aggression.

“Kids who have problems with cognition (what’s now called intellectual impairment) or communication (including autism) may also manifest with aggression. When children with these conditions become aggressive, they often do so because they have difficulty dealing with their anxiety or frustration and can’t verbalize their feelings as others do. The aggression may also be a form of impulsivity.”(Source:What Are Some of the Causes of Aggression in Children?)

Aggression is most likely to happen when your child has to face a situation that they fear. For example, if a child fears punishment from his parents, he will take out his fear in the form of aggression such that he won’t be punished.

“Even if a child doesn’t outright mimic the aggressive behavior of others, severely punished or abused children may act hostile toward others as a result of being abused. Victims of physical and sexual abuse exhibit more violent behaviors than children who aren’t abused, as do children who experience severe emotional trauma, such as abandonment into foster care.” (Source:What Are the Causes of Aggressive Behavior in Children?)

When a child is not able to communicate correctly he will not be able to express his feelings. This can cause him to get frustrated and angry for not being able to express his emotions in words. This is easily another reason why aggression takes place.

“There are the disruptive behavior disorders. In children with ADHD, the most common of them, impulsivity and poor decision-making can lead to behavior that’s interpreted as aggressive. These children often don’t consider the consequences of their actions, which may come across as callous or malicious when they’re really just not thinking.” (Source:What Are Some of the Causes of Aggression in Children?)

Sometimes your child might have no mental illness yet he has aggression. This can be because of emotional stress due to an accident or a situation that left him traumatized. Aggression can be a way he expresses his trauma.

“With conduct disorder, aggressiveness is part of the matrix of the illness, a large component of what that is. Unlike the child who just isn’t considering consequences of his actions, kids with CD are intentionally malicious, and the treatment and prognosis are quite different.”(Source:What Are Some of the Causes of Aggression in Children?)